Jillie will perform Vieuxtemps’ Concerto No. 5 in A minor, with conductor Cristian Neacsu and the Burman University Chamber Orchestra.

Admission is free, with a freewill offering following the performance.

You are invited to attend the Alberta String Association’s December 2016 Annual General Meeting:

If you are looking for even more string news or are interested in sharing news, events and interests, please contact us via the online contact form or by letter, phone or fax (listed on our contact page).

The Alberta String Association is always looking for volunteers for events, contributions to newsletters and other forms of participation. If you are interested in becoming a part of the ASA, feel free to contact our Interim President Renee Perez Rodriguez at perezrod@ualberta.ca.

Your String Association has been very busy this term, with levels of activity reminding me of November 2004, when we held a large ASA Conference event in Banff and Calgary. Highlights include a report on the inaugural 2016 ASA Concerto Competition, and the recent 2016 ASA Conference in collaboration with Wilder & Davis and Emmanuel Euvrard (the Makers’ Forum). This issue also reflects your many activities – we enjoy hearing from you!

Please also welcome  Renee Perez Rodriguez, interim President, who will lead the ASA during my sabbatical year at the University of Alberta.

We also hope to see you at Music Conference Alberta, which will be held at the Banff Centre (October 20-23). Our younger members should consider applying to the 2017 ASA Concerto Competition, and if you want to become involved with the ASA this year, please let us know.

This year, Music Conference Alberta will be held at the Banff Centre for Arts & Creativity, October 20-23.

This year, the ASA is sponsoring one of the two sessions offered by Bill Vandersloot:

Guillaume Tardif, violin – with Viktoria Reiswich-Dapp, piano – will also be exploring the artistic dimensions of working with transcriptions and arrangements for violin and piano, focusing on selections realized by Jascha Heifetz.

We are pleased to announced our masterclass participants for the 2016 ASA Conference, which will be held on April 20, 2016 at the University of Alberta: 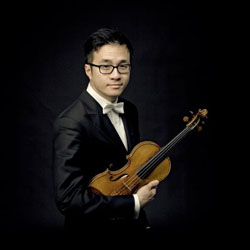 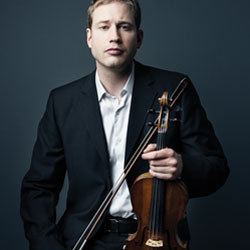 The 2016 Alberta String Association Conference will be held at the University of Alberta, Edmonton, AB on April 20, 2016, from 12:30PM to late evening.

This year, we feature the following:

MASTERCLASS
7:00 pm, Thursday, April 7 (the day before the concert).
Alberta College, 10050 Macdonald Drive, Room 428
Admission is free for both performers and auditors
For more information please call the Edmonton Classical Guitar Society at 587-708-2044

EKACHAI JEARAKUL
Thai guitarist Ekachai Jearakul was born in 1987 and began his study of the guitar at age thirteen. He is a graduate of the Mahidol University College of Music near Bangkok and the Mozarteum in Salzburg, Austria, where he studied with Marco Tamayo. Jearakul has won first prizes in numerous international guitar competitions, and has performed in over sixteen countries, including Thailand, China, France, Russia, Greece, Japan, Austria, England, Italy, Germany, Mexico and the United States. In 2014 he became the first Asian guitarist to win the Guitar Foundation of America International Concert Artist Competition, the most important event of its kind in the world. In addition to a cash award, his prize includes a fifty-concert tour in of Canada, the USA, Mexico and China, and a recording in the Naxos “Laureate” series with worldwide distribution.

MORE INFORMATION
For more information on the concert and masterclass, please get in touch with David Grainger Brown (president of the Edmonton Classical Guitar Society) at 587-708-2044 or Ernst Birss (vice-president) at 780-482-3741. Information on the society can also be found on the internet at www.edmontonclassicalguitarsociety.org.